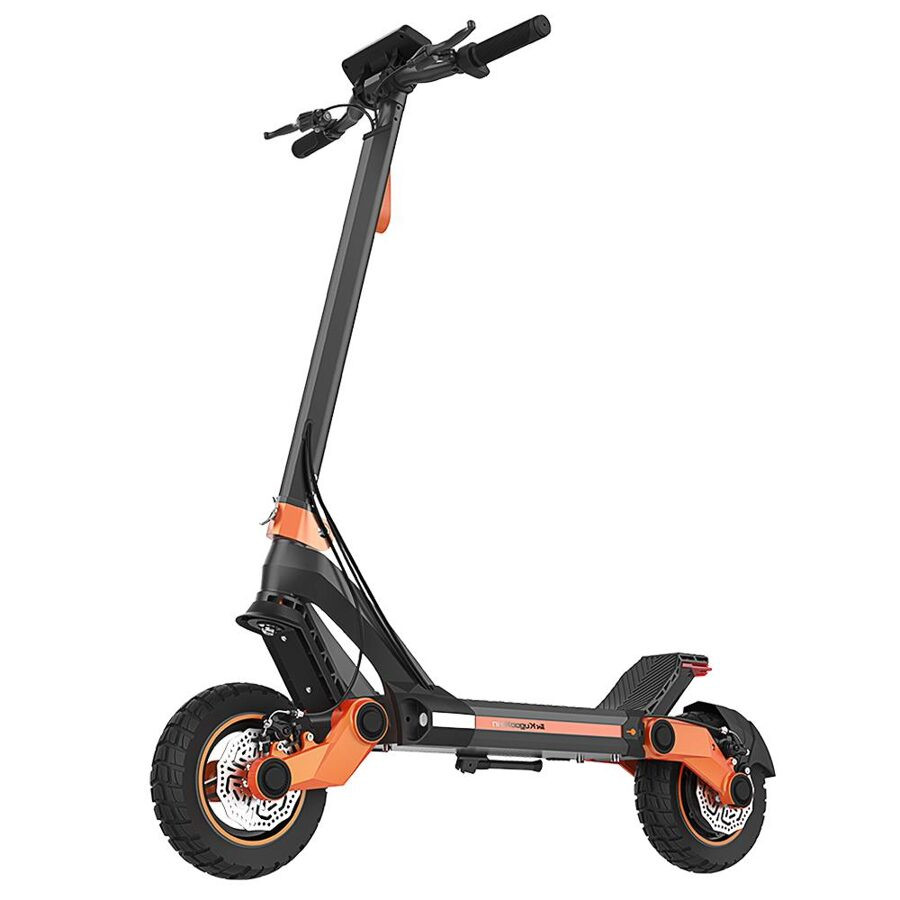 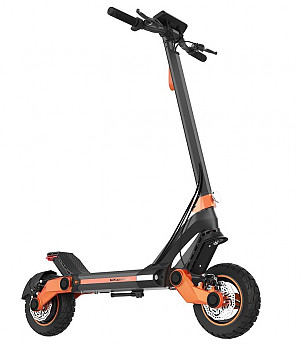 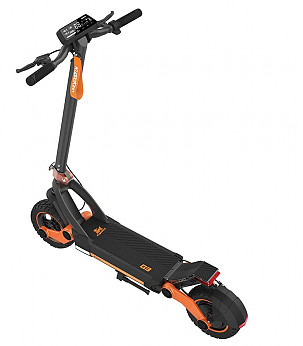 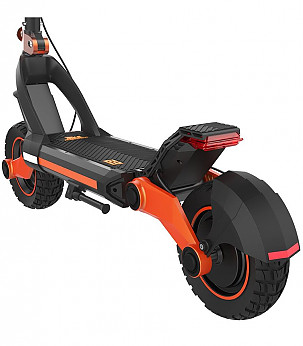 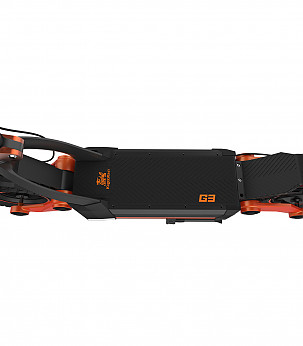 The Kugoo Kirin G3 engine has been specially modified to increase torque. The maximum design speed is 50 km / h. The maximum climb angle is 25 degrees.

We want to have fun and we don't have to worry about running out of power, so the G3 is equipped with an 18Ah lithium battery, which allows you to drive up to 70 km on a full charge and has a charging time of 8-10 hours.

The G3 frame is made entirely of aluminum alloy. Aluminum alloy is key to keeping the G3 relatively light.

The scooter weighs only 25 kg, which is much lighter than other off-road scooters with full suspension.

The deck extends to the rear with its unique kicktail for better control and agility.

TPU is a block copolymer consisting of variable sequences of hard and soft segments with many properties such as elasticity, transparency and resistance to oil, grease and wear. TPU suspensions are designed to last longer than other parts of the scooter, so you never have to change them.

Using a large screw to lock the stem is not only simple but also powerful. The screw is also the front reflector.

If the screw pattern wears out, simply replace the screw to make sure the folding mechanism stays tight and fits snugly.

The screen of the G3 is not only large but also tactile. The touch screen can be used to control light modes, speed modes, quick start and conversion between MPH and KMH. Pilots can also briefly press the power button to change light modes so they don't have to stop and switch modes on the touch screen.

The G3 is equipped with three brakes to ensure you can stop when needed. The engine has a front disc brake, a rear disc brake and an electric brake system. Drilled brake rotors on the front and rear mechanical brakes not only reduce speed by increasing friction, but also help the brakes cool faster. EBS also has a smart regenerative braking system so you can drive longer with EBS.

You can ride smoothly on roads that other scooters cannot travel on.

Waterproof
IP54
Don't worry about wet surfaces or rain
The KugooKirin G3 is waterproof and the engine is waterproof.